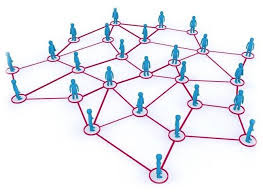 The two tech companies announced the joint effort for test of, Facebook's mesh network technology, Called  Terragraph. it already has announced tow field trials in Europe. Now Tests are also expected to begin in partnership with Qualcomm in the U.S. next year.

The technology could deliver significantly higher bandwidth via Wi-Fi — perhaps as fast as 10 gigabits per second at peak speeds. If this gets a successful feat it would do wonder much like 'fiber in the air'.
"With Terragraph, our goal is to enable people living in urban areas to access high-quality connectivity that can help create new opportunities and strengthen communities," said Yael Maguire, vice president of connectivity with Facebook.
The technology is complicated. But it taps 60 gigahertz unlicensed airwaves — know as millimeter wave — to bring high speed Internet to big cities.

Millimeter wave spectrum can deliver a lot of data fast. But it's prone to interference and doesn't travel very far — only a few hundred feet at best — before degrading. It needs to be within line of sight of devices, small cells and access points.

The Terragraph system would use advanced and future generations of Wi-Fi standards to generate uber-fast speeds. Qualcomm is producing the chips and software to enable outdoor operation and avoid interference.

"Our collaboration with Facebook will bring advanced 11ad and pre-11ay technologies to market, increasing broadband penetration and enabling operators to reduce their capital expenses for last-mile access," said Irvind Ghai, a vice president with Qualcomm Atheros.

There ar obvious challenges with the deployment of such WiFi hotspots across the cities and delivering millimeter waves technology, but these challenges are there with others smallcell centric technology too, like 5G fixed broadband systems.
"There are licensed and unlicensed approaches," said Jesse Burke, a product marketing manager at Qualcomm. "The point is our customers are looking for increasing capacity. There are various approaches in both the licenses and unlicensed bands, and we are providing solutions, along with our customers."