Large scale convergence with unified core is going to be the mantra of 5G adoption.

Fundarc Communication (www.xgnlab.com) has been in thought leadership and pursuing its consultancy support for 5G evolution. It has advocated 5G evolution as scaled up process and visualize it as large scale convergence with unified core paradigms changes. It also see 5G evolution in line of convergence of LTE, 5G NR and WiFi, and will be stepping out with LAA and NSA mode. In fact SA would also not bring 5G alone ie. in stand alone but with WiFi and LTE too.

Recently ZTE also anoounce its convergent 5G core approach, as unified core for 5G as well as other legacy technologies moving together, as its strong point of view of capex and opex of operators to evolve to 5G along with existing operations and technolgy systems in place. 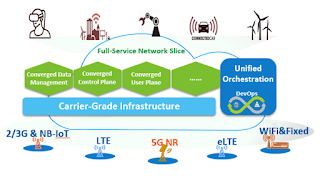 For more technical insights and consultancy support
contact@xgnlab.com
No comments: 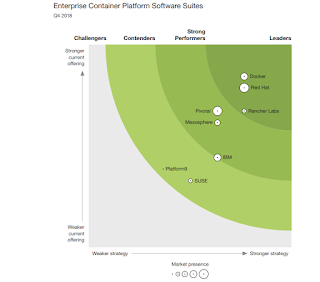 In Forrester's evaluation of the emerging market for enterprise container platform (ECP) software suites, they identified the eight most significant providers in the category — Docker, IBM, Mesosphere, Pivotal, Platform9, Rancher Labs, Red Hat, and SUSE — and evaluated them. they evaluated on the findings about how well each vendor scored against 10 criteria and where they stand in relation to each other. Enterprise architects can use this review to select the right partner for their enterprise container platform needs. 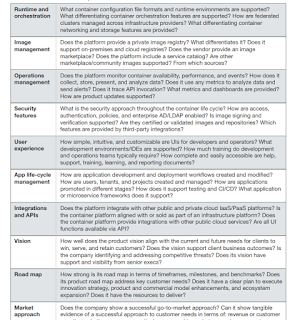 Get Full Report HERE
No comments: 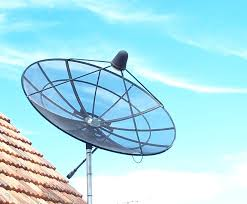 As 5G is a larger horizon in terms of its use cases, and this would be segmented through network slicing approaches.
5G whole lot would not be given in a single shot, or doesn't seems to be feasible even, due to many reason, foremost is continuous spectrum and also the O&M.
Also to note that 5G would differ in use cases so carry different requirement at different geographies or nations. So  despite of harmonization it has to cater the differences across nations and geographies. That makes it most vulnerable for convergence or accumulation of multiple technologies.
Indian aspiration on 5G is taking shape to start 5G on C band and freeing up 100MHz in 3.6 Ghz spectrum for its 5G test bed initiative.
Germany recently taken a bigger step by freeing up complete C-band for 5G, 3.4-3.8 Ghz band.

For 5G to do its thing, it needs big chunks of continuous spectrum to 'fatten the pipe'. Piecemeal auctions of 3.4-3.8 GHz spectrum (otherwise known as C-Band) such as we had in the UK earlier this year, are not as useful as offering up the whole lot in one go. The eventual outcome may end up being the same, but the whole process is a lot more complicated.

This decision has been met with approval by the mobile industry trade association, the GSMA. "The C-Band is the most vital frequency band for 5G," said Mats Granryd, Director General of the GSMA. "Germany is demonstrating 5G leadership in the timely release of this vital spectrum, but risks undercutting its 5G future with unnecessary obligations. Spectrum is a limited resource and it must be used and managed as efficiently as possible to ensure a 5G future that will benefit all."

The state of 5G - Keysight Survey 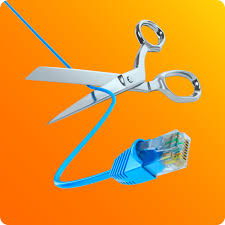 Telecom-News: This Aquisition may help to find the edge in the n...

Telecom-News: This Aquisition may help to find the edge in the n...: Red Hat acquisition by IBM is again a need of time play as for being competitive and sizable in the market and simultaneously diversify the ...
No comments: