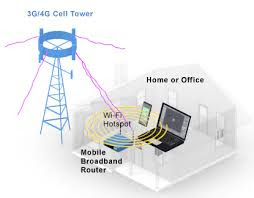 802.11ax, also called High-Efficiency Wireless (HEW), has the challenging goal of improving the average throughput per user by a factor of at least 4X in dense user environments. This new standard focuses on implementing mechanisms to serve more users a consistent and reliable stream of data (average throughput) in the presence of many other users.


802.11ax provides greater Wi-Fi speed and does it through making capacity improvements in congested network environments, by supporting more users in dense networks and making more efficient use of spectrum. the difference between 802.11ax and previous Wi-Fi generations may not be very noticeable for a residential Wi-Fi user, compared to the improvements in a dense network with many users. The goal is to increase the data rate in a congested environment by 4x or more."
802.11ax also offers significant power usage improvements. Qualcomm, for instance, claims that its WCN3998 chipset reduces Wi-Fi power consumption by up to 67% compared to 802.11ac Wave 2.
The Wi-Fi technology so far has been based on one-on-one device-to-access point conversations. 802.11ax changes that to multi-user simultaneous support. The capacity increases will make for a better user experience, with 10x more users able to be supported.
802.11ac with MU-MIMO hasn't achieved its full commercial deployment potential and was based on beam-steering. In contrast, 802.11ax makes Wi-Fi more like cellular through the use of OFDM, and scheduling. The technology comes in closer to what LTE is today in competition, also same time cellular is moving to 5G, where also it [802.11ax] usher to write place.
Testing and standardization of 802.11ax
Testing 802.11ax offers up some unique challenges that Wi-Fi testing hasn't previously had to navigate. One of those is synchronization of devices in the uplink using the AP, in order to avoid interference. A trigger frame is sent from the AP to the devices and they must respond for coordination of timing, frequency and power levels. Rohde & Schwarz gives some of the basics of uplink accuracy testing.
802.11ax along with 802.11ac and previous generations, at both 2.4 and 5 GHz, means that test times "could go up dramatically."
Meanwhile, the path to a final standard for 802.11ax has been a rocky one, and the work is still ongoing. As Intel's Dan Artisu, vice president of its client computing group and GM of Intel's connected home division, noted, the standards work continues and the draft which is ultimately adopted — and on which certification is based — may differ enough from earlier drafts that product interoperability could be an issue. The next draft is expected to be voted on mid-2018.
Some in the industry believe that due to the additional complexity of the 802.11ax standard, it is important to get 802.11ax chipsets into the hands of engineers sooner rather than later to help them build devices around the new features. If an OEM does decide to hold back, their first devices integrating an 802.11ax chipset may come 6 to 18 months behind that of the competition. the question for OEMs is whether they should wait until the standard is more stable before adopting an 802.11ax-ready solution. A wait-and-see approach could arguably result in a longer lead time, and some OEMs may lose out to those who are proactive in getting their designs ready for the full version of the standard.