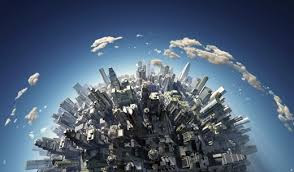 CBRS spectrum has been a hot topic in the wireless industry for some time. Sometimes referred to as the "Innovation Band", there has been a lot of discussion on how operators will use this spectrum and what kind of benefits customers will see.

What is CBRS and "Shared Spectrum?"

CBRS has been defined by the FCC as a shared spectrum band (3.55-3.7 GHz) to enable efficient use of finite spectrum resources. With shared spectrum, an operator isn't required to buy and own spectrum. Spectrum can be either unlicensed or an operator could purchase a "temporary" license that would be valid for a certain period of time. This new "shared" ownership concept will allow operators to deploy services over this band quicker and more efficiently.

However, there are some additional considerations to take into account when it comes to CBRS spectrum. Since it is a shared spectrum band with the incumbent users like the military– it requires a spectrum sharing structure called a Spectrum Access System (SAS).  SAS providers will allow carriers to use the 3.5 GHz band without creating interference. Using a SAS will let the incumbents use the 3.5 GHz band when needed, but then frees the spectrum for commercial use at all other times.

How will AT&T use CBRS?

We've been researching and considering the best use cases for CBRS for some time. We think there are a number of compelling use cases for this spectrum including private LTE networks for enterprises, utilizing it as a "neutral host band" in large indoor venues like stadiums and smart factories, and deploy fixed wireless internet (FWI) in rural and underserved areas. In the future, we'll look to migrate to 5G over CBRS spectrum which can potentially be used for 5G densification in urban areas.

To meet our rapidly growing demand for FWI, today we announced we are looking at initially deploying Next Generation Fixed Wireless Internet using the CBRS spectrum band. This innovative spectrum band will allow us to meet our fixed wireless expansion commitments and deliver an internet connection to more Americans in rural and underserved communities.

We plan to primarily use the CBRS solution to deliver home and enterprise broadband services in suburban and rural locations. Millions of US households lack access to broadband service, and in many cases a fixed wireless access architecture can cost-effectively reach homes and businesses where fiber cannot.

What's next for CBRS?

While the use cases for CBRS spectrum are exciting, there are still a number of things that need to happen before we can start commercial deployments. Our next step is to start testing CBRS equipment in the lab late this year.  While deployments may proceed with General Authorized Access (GAA) commercial operation in 2019, we're looking forward to participating in the Priority Access License (PAL) auction.  We look forward to the final FCC structure and participating in auction at the appropriate time.