Why India should not go with the global wind of shortcoming with Chinese vendors like Huawei and ZTE. 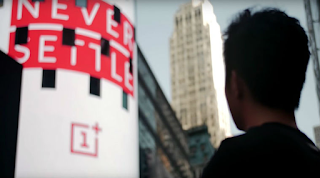 Amidst the much hype of 5G and intense attempts to thwarts the challenges around and gain the leads, there are interesting insights to be watched and allude for.

I took some in context of Indian turmoil to include Huawei and ZTE in its 5G test bed plan.

There are few industry cues to go with Huawei on 5G, or in general for Chinese vendors.

1. 5G has been there across global in a very limited capacity so far, see the commercial deployment of 5G from Verizon and AT&T and SK Telecom and even the upcoming test beds, all have been in constrained and limited scope.

2. All 5G commercial deployment have been with rigorous criticism, like for Verizon home broadband service severely criticized by T-mobile  CEO Mr Legere as "fake 5G". As it was on proprietary 5G standards based on Verzon 5G Technical Forum. Also the 5G Which came through AT&T is also under criticism as AT&T shown it with logo of '5G Evolution' not a clear 5G. Both vendors seems to be running on Samsung or Ericsson based equipment.

3. 5G Demonstration from Huawei has been at par with standards in comparison to others, Huawei leadership has been well recognized as BT Chief architect has already praised Huawei capabilities on 5G.

"I've been to Shenzhen recently [Huawei's headquarters] and there's nowhere else in the world where you can see" the kind of 5G technology developments that Huawei has achieved, he noted during a panel discussion, though without highlighting any specific advances.

"The other suppliers need to learn from Huawei -- the others are held back by old telco issues," he added.

Not only Huawei but ZTE has also gone side by side with its remarkably innovative streak for 5G E2E Solution like FlexE for backhaul and X-haul kind solution and 5G Converge core for 5G core network solution. Apart from that ZTE solution also enabled pre-commercial rollout on 5G in Europe etc.

ZTE seems to be first who satisfied IMT2020 for 5G core networks.

5. In an interesting move from Verizon CTO Mr Kely malady, where he recognized that true 5G has yet to evolve and hype around 5G is over hyped, as technology has not been in place in its true form. As per him, more has to come and 5G name need to be reserved for that.

"The potential to over-hype and under-deliver is a temptation the industry must resists," said Malady

6. T-mobile and Sprint also been reluctant to hype around 5G so far, in fact T-mobile CEO Mr legere called the current 5G as "fake 5G". And their debut on 5G has been around their existing infrastructures and with low spectrum band i.e. 700 MHz and 2100 MHz.

7. There was some interesting insights on 5G that could be conduced when Vodafone India CTO speak about 5G readiness as a software upgrade only.

Among these all, which i refer to as cues around 5G progress and roll outs with commercials, pre-commercials and even test beds plans. Recent outspoken statement from Huawei CEO  Mr Ren Zhengfei made the dust clear.

"I personally would never harm the interest of my customers and me and my company would not answer to such requests," Ren said, as reported by Fox Business.
As reported by CNBC, he told the assembled journalists at Huawei's headquarters in Shenzen, China, that "when it comes to cyber security and privacy protection, we are committed to be sided with our customers. We will never harm any nation or any individual.
India has been in on and off situation while taking Huawei and ZTE for its 5G Test bed considerations. Whereas Indian Telecom export specific organization came up with strict restriction on Chinese vendors, but department of telecom and ministry of telecom given a separate stand after initial tussles - and given Huawei a green flag, though ignored ZTE.
Reason behind accepting Huawei by Indian telecom ministry could not only technical or based on security assessments, but political as well. But as an industry observer, I corroborate with the decision here and even want to extend it further like for ZTE as well.
Chinese vendors can not be ignored by the massive economy like India, as well as Indian service providers are also in likely hood for them. As Indian Cellular operator association chief Mr matthew has also expressed interest of cellular industry of India in favor of Chinese vendors. This all are due to valid reasons of their capability and suiting prices.
These view are based on industry observation and from Saurabh Verma, Chief technology Consultant, Fundarc Communication (xgnlab).