From MEC to MAEC a forsighted ETSI vision or rethinking? 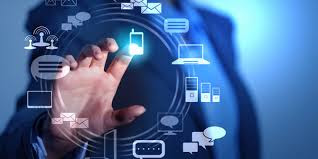 MEC, known as Mobile Edge Computing has come up in mainstream, when ETSI started working on it with an ISG (Industry Standard Group) formation. The whole concept has started with the incorporation of cloud computing in 3GPP network architecture, with some of architecture network function being transferred to cloud computing environment and there were conspicuous impact of transportation delays among network functions. ETSI got a foresighted vision of putting some of cloud computing functionality near the system, much in the propensity of edge of the network to provide delay sensitive or first respondent kind of functionality in close proximity. This whole thinking brought up edge computing ushering in the whole network end to end architecture in 3GPP network, specifically focused to LTE adv or LTE adv pro, in recent time.
In early stages of technology adaptation the major impact on 3GPP networks came on radio access networks and concept of C-RAN has been the prominent outcome in industry, where most or much affable RAN functionality was put over edge computing and radio front end is kept as bare metal as possible. This also brought up front haul in consideration while defining and deploying such architectures.

In 2016 ETSI re-evaluated the importance of MEC and asked its ISG to extend it work for two more years to assess the Edge computing, in its applicability not only to 3GPP but also to other access technologies, not limited to wireless but in area of wireline too. This also forced ETSI to redefine and re-name it as "Multi Access Edge Computing" or MAEC, which going to cater multi access technologies and their functionalities on edge. Also in line of having MAEC role in End-to-End architecture, even the core network functionalities are also being thought of, to bring and coordinate within the edge.

Industry has widely accepted the MAEC, and with the most buzzing 5G now days, it is being taken as a prominent player in defining and deploying next gen mobile network architecture.


Will come with our white paper on it soon…with notion "MAEC impact"……….just wait.