What's about Blockchain? An Introductory feat.

From Techopedia - An Introduction to Blockchain. 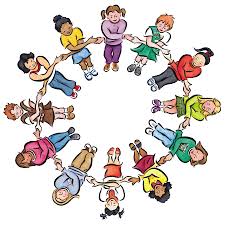 Blockchain is a distributed digital ledger. It is an official record-keeper that can be used to verify data transactions over time in a way that is both open and virtually unbreakable. It works by recording transactions (blocks) on multiple specialized servers around the world, creating a distributed record of transactions (the chain) that can be verified against one another to determine authenticity. The only way to tamper with a blockchain is to break into every server containing a copy of the chain at once – not an impossible feat, but extraordinarily difficult for even the most sophisticated hacker.

Blockchain’s potential for electronic commerce is profound, says Computerworld’s Lucas Meerian, and not just for digital currencies like bitcoin, which were the first to make use of it. Currently, most records, financial or otherwise, are kept on privately-owned databases, and outsiders looking to update them, such as a retailer, must pay for access. Blockchain is a peer-to-peer network that is owned by no one and is accessible by all, so right off the bat it has the potential to dramatically lower the cost of doing business. It is also self-regulating and self-managing, essentially giving users the ability to manage their own digital records, not the banks, credit card companies or the government. (To learn more about blockchain's use in bitcoin, see How the Bitcoin Protocol Actually Works.)
But blockchain can be applied to far more than just financial transactions. Any digital exchange that requires a trusted version of past exchanges can benefit, including medical records, inventory management, real estate filings and legal documentation. Virtually any industry can leverage blockchain in a wide variety of ways, eliminating paperwork, lessening their management overhead and, according to Accenture, reduce data infrastructure by 30 percent, representing billions of dollars in annual cost savings.

Companies like Earnst & Young are at the forefront of integrating blockchain into mainstream enterprise applications, says Bitcoin Magazine’s Michael Scott. The firm’s EY Ops program is working with collaborators to insert the technology into supply chain management, billing and payments, and a range of other functions where broad visibility into complex relationships is crucial. The company recently opened a Blockchain Lab in New York, where it is developing cryptography, physics and other solutions in conjunction with existing centers in London and Trivandrum, India.

Still, if blockchain is this good, why hasn’t it taken the world by storm? What’s the downside?
Alex Jablokow, of software development firm PTC, says one of the more significant challenges facing blockchain is scale. Even though its use is already widespread, it still accounts for only a tiny fraction of the worldwide data load, which itself is about to explode due to big data and the internet of things (IoT). The more blockchain scales, the more resources it will require for encryption, storage and other functions. Already, an average bitcoin blockchain is around 100 GB, and given the right conditions, computational requirements for activities like bitcoin mining can impose significant burdens on local infrastructure.
As well, blockchain utilizes a timed refresh cycle that helps to ensure there are no variants in the system. For bitcoin, this is set at 10 minutes, but the cycle will have to become much shorter as the internet of things ramps up, perhaps down to the sub-millisecond level, which will fuel significantly greater resource consumption.
But how, exactly, should the enterprise implement blockchain? As an open-sourcesolution, it is available in a variety of community-based and industry solutions, each of which targets a specific set of use cases or capabilities, says Enterprise Times’ Charles Brett.
The Linux Foundation hosts and initiative called Hyperledger that provides an enterprise-grade framework and code base. IBM is currently building its blockchain portfolio, dubbed IBM Blockchain, around Hyperledger, most recently releasing a blockchain as a service (BCaaS) offering using the Hyperledger Fabric project designed for deployment on modular architectures.
Another option is called Quorum, devised by J.P. Morgan and Eurotech to leverage a version of blockchain called Ethereum to target high-speed transactions. The system is geared toward private networks with known, permissioned participants, most likely involving complex settlement processes like lines of credit. (For more on blockchain, see How Blockchain Can Impact Digital Business.)

Meanwhile, Accenture is working on an editable version of blockchain that would allow a central administrator to make changes to existing chains, provided a series of preconditions are met. This naturally raises some eyebrows given that a built-in ability to alter past records broadens the potential for fraud and abuse.
And Microsoft is currently working on Project Bletchley, an Ethereum-based BCaaS solution for the Azure cloud. The aim is to provide a common middleware between disparate sources that provide an added level of trust during the transaction process.
Blockchain’s raison d’etre is to provide a high degree of trust in complex data environments. But as a new technology, it has yet to earn that trust. The IT industry has a long history of becoming intrigued by tools and technology that purport to be dramatically better than the status quo, while at the same time remaining highly suspicious of anything new.
Blockchain is currently on the radar at most enterprises, but it will take some time, and a rock-solid performance record, for it to make a meaningful contribution to enterprise data operations.