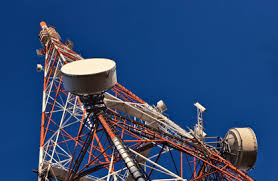 This Public Notice announces auction procedures to speed the deployment of 5G services in these bands.  The Commission will offer the 28 GHz and 24 GHz band licenses through two auctions with separate application and bidding processes for each auction.  The application windows will run concurrently.  The bidding for the 28 GHz UMFUS licenses (Auction 101) will commence on November 14, 2018, and the bidding for the 24 GHz licenses (Auction 102) will commence after the bidding concludes in Auction 101.  These two auctions will use different bidding formats to accommodate differences in the characteristics of the licenses in the two bands:

·         Auction 101:  The auction of the licenses in the 28 GHz band will employ the standard simultaneous multiple round auction format.  The 28 GHz licenses will be offered in two 425 megahertz blocks by county.

·         Auction 102:  The auction of the licenses in the 24 GHz band will employ a clock auction format, beginning with a clock phase that will allow bidding on generic blocks in each Partial Economic Area in successive bidding rounds.  There will then be an assignment phase to allow winners of the generic blocks to bid for frequency-specific license assignments.  The 24 GHz licenses will be offered in seven 100 megahertz blocks.

The Public Notice further announces that certain auction rules, such as the prohibition on certain communications, will apply across both auctions.  In addition, the Public Notice adopts bidding credit caps for these auctions of $25 million for small businesses and $10 million for rural service providers.

By establishing these auction procedures, the Commission furthers its efforts to ensure continued American leadership in wireless broadband, which is a critical component of economic growth, job creation, public safety, and global competitiveness.

"Today, we take another crucial step toward satisfying the ever-increasing demand for more spectrum and solidifying American leadership in 5G, the next generation of wireless connectivity.  Specifically, we finalize the procedures for two spectrum auctions.  The 28 GHz band auction will begin on November 14, and soon after its conclusion, the 24 GHz band auction will commence.  The 1.55 gigahertz of spectrum in these two high bands will be critical in deploying 5G wireless, Internet of Things, and other advanced spectrum-based services.

Maintaining leadership in wireless technologies is critical for our country; it will boost economic growth, job creation, and our global competitiveness.  And given that the world is going wireless, it will dramatically improve the consumer experience, including in ways we can't today anticipate.

With the auction procedures we adopt today, we seek to promote competitive bidding, make it easier for applicants to participate, and assign high-band spectrum licenses as efficiently as possible.  All of this will enable the Commission to get this valuable spectrum into the marketplace and put it to its highest valued use.

This is the latest in a long line of FCC efforts to make high-band spectrum available for flexible wireless use—efforts like the 2017 and 2018 Spectrum Frontiers Orders.  And we're not stopping with these two auctions.  In the second half of 2019, we intend to hold an auction of three more millimeter-wave spectrum bands: 37 GHz, 39 GHz, and 47 GHz.  Between that auction and the auctions for which we establish procedures today, we'll push almost 5 gigahertz of spectrum into the commercial marketplace over the course of the next seventeen months.  We're also reforming our wireless infrastructure rules to ensure that the small-cell and fiber-based networks of the future can be built, for all the 5G spectrum in the world is pointless without 5G networks to make use of it.  These are the kinds of aggressive actions we need to take to promote innovation, investment, and United States leadership in 5G.