Where is the edge?


Where is the edge? 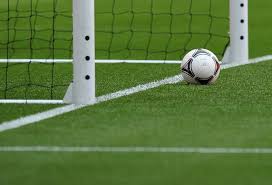 The most budging term in telecom or IT industry today is “EDGE”. In fact there are two notions on the fore one is “edge computing” and other is “fog computing”, both are about bringing the cloud near the point of action. Essentially it’s a cloud computing, a freak of virtualization at front of access.


The need of “edge computing” or “fog computing” has been attributed to “real time” or “low latency” approaches, i.e. process the data at the point or near the point where it is being generated and produce the result for real time action.

Whereas Fog is much on the point of data generation, the edge computing is a centralized or aggregated stuff, at the nearest possible point of access. Therefore fog is much about a flat distributed system but edge is little different through the notion of “edge”.
I don’t want to jump into hardcore technicality with these stuffs, as there would be specifics but essentially it about virtualization at different points in end to end construct. My idea is finding the edge.

“Edge”, as per vendors, is something about hierarchical distribution of certain functionalities in E2E construct. “Edge” is something creates a moat for innovation. I don’t differ with vendors but I feel that edge disrupt the very nature of cloud services too, it’s about providing cloud services with specific needs, different KPIs and SLAs, rather more customized. I am here referring to public cloud as my thought and intention of putting my idea is around that’s only.


So “edge” disrupts the cloud in sense of not only providing a back office or central office work but distribute the work at different level, in terms of SLA and KPIs. Think about the OTT services, the players started them with much turbulence but not only settled but dominated. Edge is in that sense the gate through cloud for many of service creations for small players.

So, don't just confine to architectural adherence from the vendors for creating the edge, there are many possibilities to find your own edge and provide the service.

“A Big idea for small players”